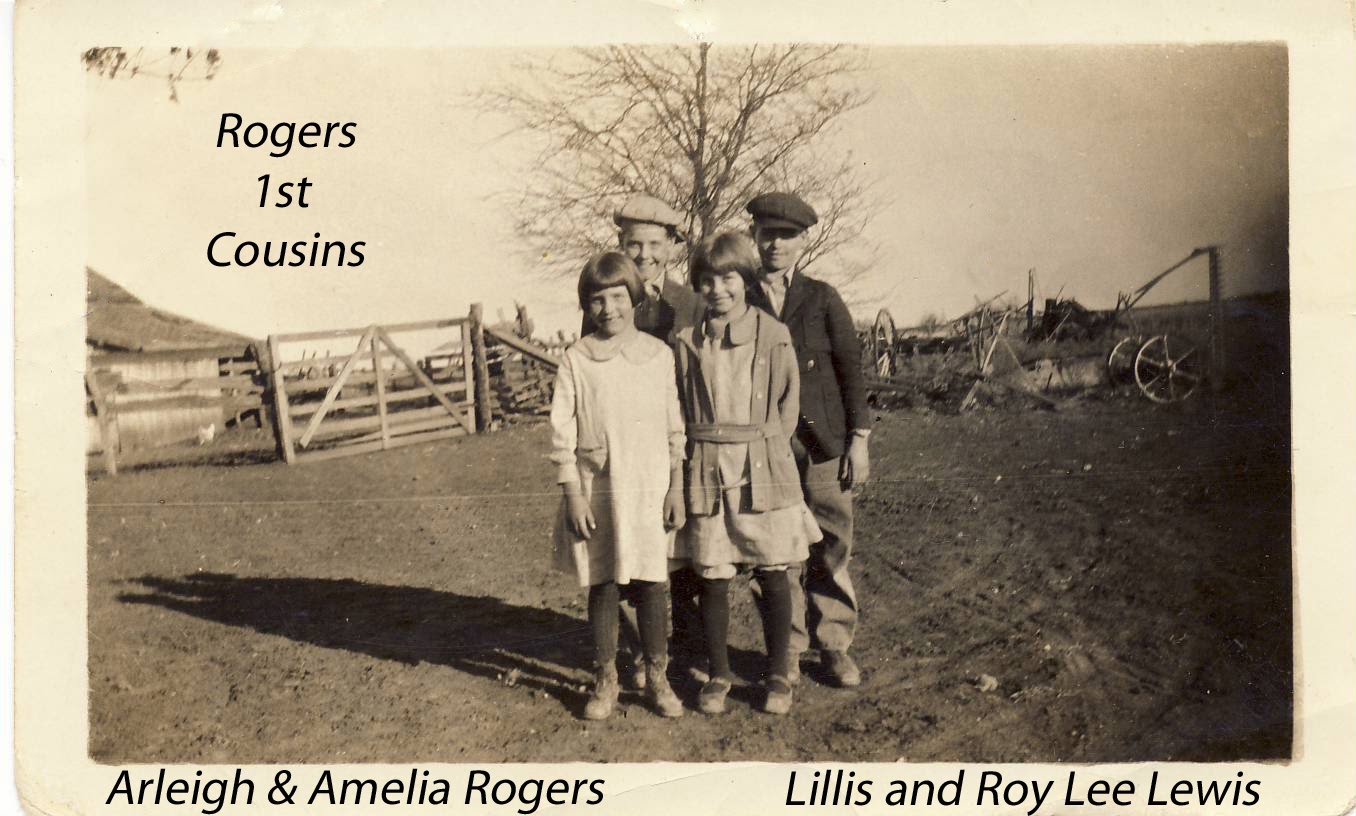 My daddy was born 100 years ago this year.  As a child I remember him as being tall.  Turns out he was 5'10", 1.78 meters.  Meters make things seem small in my head.  Daddy spent most of his life in Collin County, TX.  When he was only four years old his mother, paternal grandparents, baby sister and an uncle died during a 7 day span in the influenza pandemic of the 1917-1919.  He was cared for by his aunts and father until PawPaw remarried when Daddy was about 12 years old.

Daddy was educated through the 11th grade where he graduated as valedictorian.  Daddy remained at home working with his Papa (my PawPaw).  The family were mostly farmers.  Daddy's deceased mother's family, the Jones family, were more mechanics and merchants than farmers.  Daddy took after that side of the family.  He loved to tinker with machines much more than working the land.  Eventually he gave up farming and put in an auto repair shop.  The repair shop was later replaced as a vocation with repair of home appliances.  Daddy worked in that business until around his 84th birthday.
As the saying goes in Texas, Arleigh was strong as an ox.  At his funeral the pastor recalled how my Dad could lay on the floor and with one arm push a large refrigerator away from the wall.  Mom loves to tell how my nephew bought a compound bow for hunting.  Don, who was, also, strong an an ox, could hardly pull the bow to the shooting position.  Daddy came home from work and with no problem maxed the bow out on its bend.  Daddy was in his 70's at that time.  Once I asked Daddy how he became so strong.  "Well, Kid, (he called me Kid most of my adult life) I had an old Model T down by the barn.  Every day I would go down there an pull on the bumper.  Eventually I was able to pick the front of the car off the ground."  Guess you could call that country boy weight training.

Daddy had the capability to spin a yarn or poem almost on command.  When bringing our son back to Missouri from a visit Daddy made up stories about almost every town along the way.  Usually the story involved how the town was named.  Last summer when travelling some of the same route with the now grown son, he recounted the stories to his sons.  And example is Sarcoxie was a result of some one carrying a sack of rocks she had drops.  I do not remember all the story but my 40+ year old son surely does.

Daddy was a gentle and caring man.  Mom was very demanding on our grades.  All four of us girls knew anything less than a straight A report card would carry Daddy's signature.  Daddy's grandchildren adored him.  They rode in the back of pickups Daddy drove at breakneck speeds.  Daddy took them fishing, to buy 'doughknuckles' (Arleighism for doughnuts) and pickup Grandy's fried chicken.  He would buy my son an extra half dozen rolls just for him to eat on the way home from Grandy's.  I learned not to scold our son for not eating anything for the meal on those days.

Daddy had a pickup equipped with the tool chests of a tradesman.  The tools of his trade were repeatedly strewn out in his pickup bed or car trunk by grandchildren and great grandchildren.  Daddy would patiently pick the tools up rather than bother "the babies" with the job of picking up.  I suspect he was really just putting the things back where he could find them.  Every grandson received one of the tools from Granddaddy tool chest.

Daddy was very respected and beloved by all who knew him.  His sense of humor combined with his honest to a fault business practices were key factors in the respect and love.  In Daddy's last few years of life he began to lose his memory.  Dementia took its toll on the smart mind.  Mommy found him crying over his tools because he did not know how to use them anymore.  Yet just days before his death he won in Mexican Train dominoes against Mom, my sisters and their husbands.

I will end this tribute to my Dad with a few of his sayings that can still be heard on the lips of his prodigy.
Aw, sometimes you talk too much. (Mostly to my Mom when she was gossiping)
Kwitcherbelliakin (Stop complaining, again, usually to Mom)
Goat Roping (gathering of people with food)
Rat Killing (a gathering of people)
Goat butt!  (an expletive of disgust)
Doughknuckles (doughnuts)
Highfalutin' (high society)
Bohunckus (buttocks
Bellican like a Pelican (pot belly)
Long Fingered Hussy (one of his daughters trying to discipline a grandchild in his presence)

Daddy died 10 years ago surrounded by many of his family.  We miss him, his laugh and the glint in his eyes when he was ready to pull a joke on someone.


For more people remembering Fathers, Husbands as Fathers or Father Figures visit Gretchen or Ginnie Marie, hosts of The Spin Cycle.  Thanks for dropping by my little blog for a visit.  I enjoy your comments and words of wisdom.