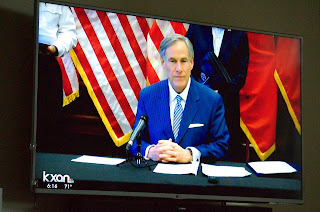 Our governor is on the TV right now.  Gov. Abbott says hospital beds are at only a 2% capacity as of today.  Persons flying or driving from other states with extensive outbreaks are to self quarantine for 14 days.  We remain in a stay home, stay safe order for our county.  Our county currently has 42 total confirmed cases.  Twenty-three of the people with confirmed cases are female and 17 are male. The cases include one person age 17 or under, 11 people in the 18-40 age group and 15 in the age 41-60 age group.  They also include 12 people age 60 and older.

Hubby ventured out today to pick up a grocery order, 5 gallons of distilled water, a prescription and a package.  The stops included Sam's Club, a local water dealer, Walgreen's and the Amazon Hub here at the apartment.  All items were sanitized and put away as soon as he arrived back at the apartment.  Hubby said, "It's just eerie out there".  Very little traffic and very few people at any of the places he stopped.  Most folks he saw were wearing masks.  So there is that Covid-19 report from our little part of the world.

Unless a major catastrophe happens between now and 2:00 PM tomorrow, I will finally see a surgeon about repair of the hiatal sphincter.  I am not getting hopes up for surgery any time soon as elective surgeries are on hold.  Not sure I would want to be hospitalized at this time anyway.  Well, until my breathing gets a bit fore affected by the reflux.  Now there is that report on the condition my condition is in, yea, yea, oh yea.  Yes, I have been listening to Kenny Rogers' music a lot lately.


Two projects (maybe it was just two new toys) we have been doing are installing a better TV antenna and a robot vacuum.  The TV antenna is Hubby's project.  It is now installed on top of the bird feeder pole.  Before the install every time a vehicle passed our apartment the TV would pixelate.  We live next to a shopping mall.  Lots of vehicles!  The pixelation is pretty much gone with the new antenna that I christen Andy.

The coax strung between Andy Antenna and TV needed to be longer to reach.  Another length required to go from the connector that comes through the outdoor to indoor area needed a different connector.  Thanks to all the Amazon workers out there that arrived today, Monday.  Hubby was able to finish the hookup.  The extra coax cut to length.  The antenna even has a remotely controlled rotor to adjust the direction for improved reception.  In addition, the reception is getting more channels.  Old movies, a country music station and others I have seen from afar.  Hubby has the remotes and I am not in need of them now.  Maybe later.

The robot vacuum, now named Robbie, is my project.  Why does a vacuum require being a project? To take advantage of features on the app.  It can be remotely controlled by a remote or by voice using Google Home.  The day it arrived, Friday, I just let it run using its pre-programmed route which is connected u turns and straight lines till contacting something.   I used the included remote controller.  Oh, my, the floor was definitely in need of a vacuum.  Robbie has a mop function.  Mop function requires a simple change from a dust bin to a water filled bin with a cloth on the bottom.  The mopping did pretty good in most areas.  I just have to figure out how to keep it off the rugs in the areas it mops.  I set a daily time for vacuuming and let the machine fully charge.  We learned some of the things that could keep the machine from operating optimally.  Things like a mat that would roll up under it, phone charging cables on the floor and table leaves under the bed.

Saturday with Robbie was when I setup the app up on my phone.  While I was messing with the app on the phone, Robbie just started his daily vacuum.  I had set it for 3 PM.  I stopped it so I could continue the app setup.  The app shows where the vacuum moves during the last use. The phone app can, also, be used as a controller.  The Robbie-to-phone setup was a bit slow due to the technician, yours truly, being distracted repeatedly.  Finally was successful.  I setup a 6 AM vacuum time for the next morning. Robbie spent the remainder of the day charging and hibernating as the app calls it.

Evidently Sunday was a morning of rest for Robbie as I failed to save the time for vacuuming.  I went ahead and let him do his thing.  But first I made adjustments I had noticed would help make optimal floor coverage.  Pulled dining chairs as an angle that could be maneuvered.  Wrapped up pesky cords, Tucked the sofa's skirting up out of the way.  Adjustments like that.  I missed the table leafs under the bed so had to help Robbie out of there.  I just let Robbie vacuum until needing a charge.  Robbie had vacuumed the entire apartment, even under the bed and sofa twice before needing a charge.  The dust bin had lots of debris but not so much as the last time.

Monday morning, today, I heard the vacuum start up at 6 AM.  When I finally arose and came into the living area Robbie was not on the charger.  He was not making a sound.  I spent the next 15 minutes looking for Robbie.  I finally turned to the remote and turned on the motor.  Sure enough there he was hiding under my chair in a tangle of cords between the legs of my chair and little table.  Before I walked to him to help he was free and heading for the charger!  I checked the map of where he had vacuumed and the living/kitchen area had been completed.  Except not.

Instructions call for the dust bin is to be cleaned after each use.  The bin and filters are to be left open to dry.  I have been faithfully cleaning after each use.  I found the perfect place to put them.  The window sill in our bedroom works just great.  That's where I found them this morning.  After I found Robbie hiding under my chair.  I don't know if Robbie was hiding in shame because his dust pan was missing or. . .  Was he playing hide and seek because he had just blown around the living room rearranging the dust.
In addition to all the hide and seek, Robbie and Google Home are not speaking to each other.  Can't get the apps all connected up because I keep not knowing which 'device' the instructions have in mind when they just say device.  Oh, and the other app that became a third project for us is named Marco Polo.  We are using it to leave video messages for our family and extended family.  A nice way to give each other some encouragement during the stay home, stay safe timeline.

A couple of views from my chair out the patio door on this rainy Monday.  A cool front is predicted to push the clouds away so maybe some sun tomorrow for the doctor's office.

Ya'll stay safe out there in this world that is on loan to us.  Peace, Janice

Folks are surely being antsy these days with the shelter in place order.  The area where we live is starting to see the number of Covid 19 cases rise.  If one has health insurance that is a good thing.  I think the government is working out something to help the persons that do not have insurance.  Businesses are hurting.  More government help.

Before the shelter in place orders my non critical appointment was already rescheduled.  I suspect the appointment will be a phone call.  We will see.  Need to save the doctors et al to deal with the real emergencies.

I did go for a bit of a walk a few days back because it is bluebonnet time.  Other than that it is reading, avoiding the news and watching the bird feeder. 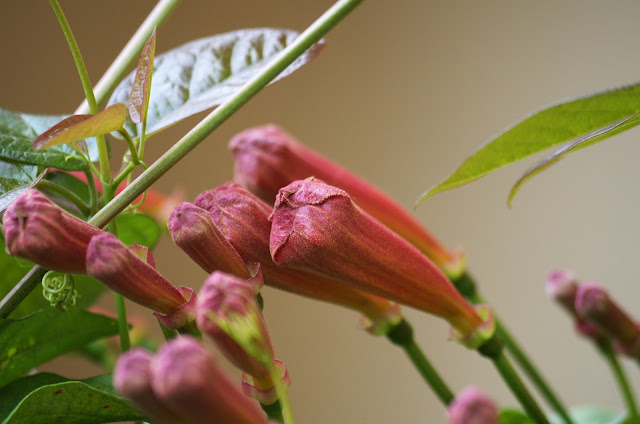 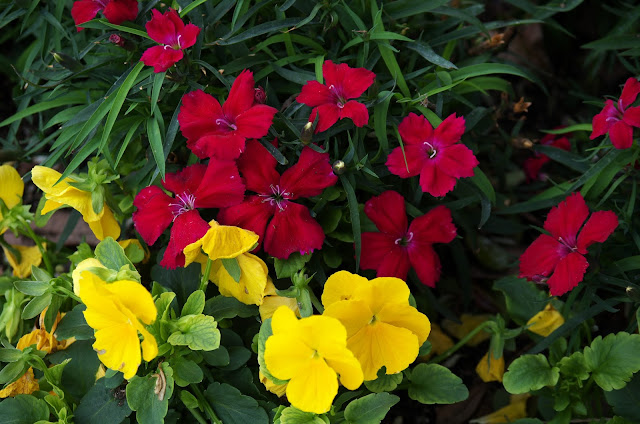 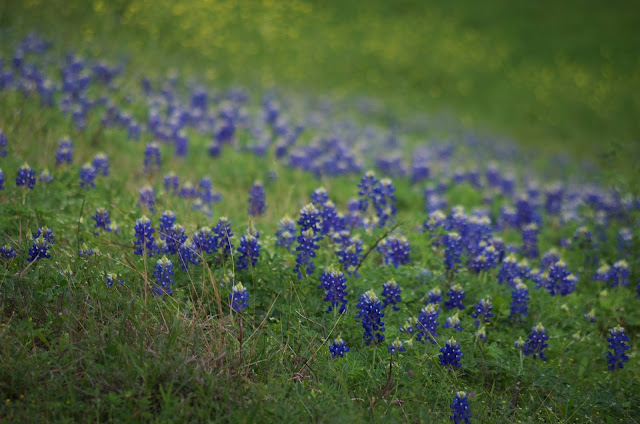 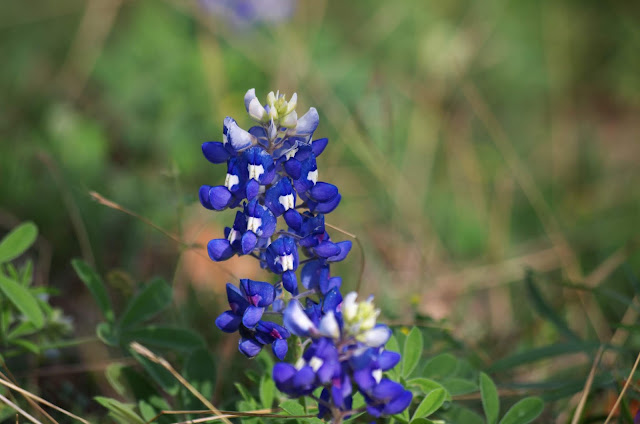 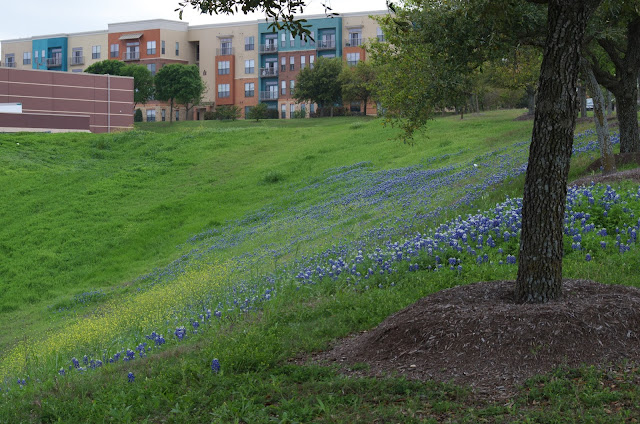 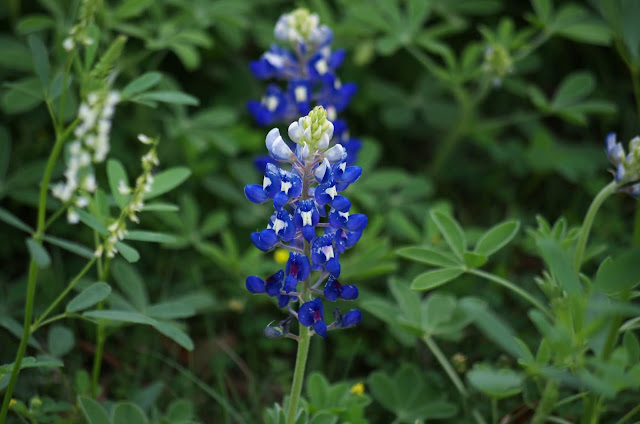 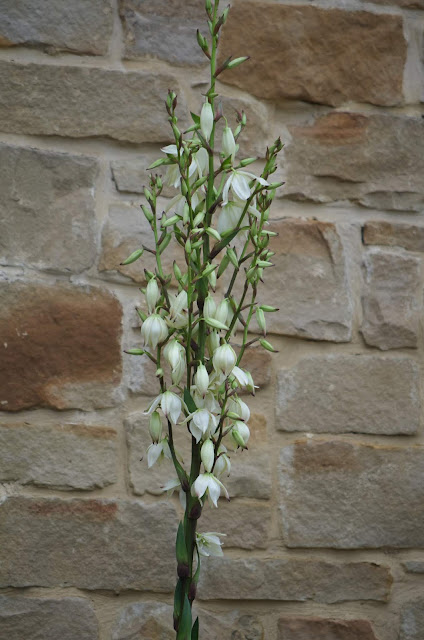 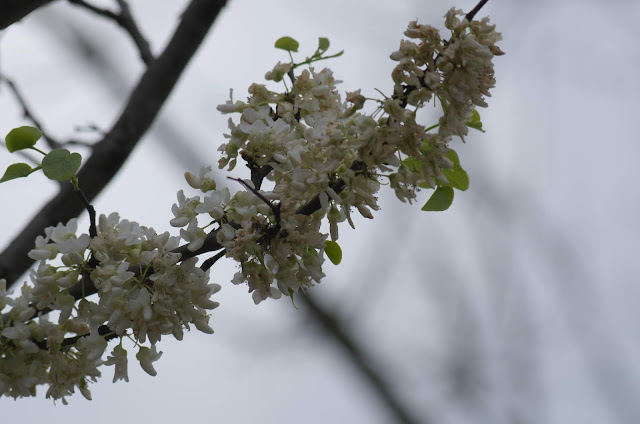 May our world leaders follow the call of Love to all and may each person do the same.  Ya'll all stay safe and healthy.
Posted by Janice at 12:58 AM 5 comments:

I am doing ok these days.  Still awaiting a schedule for surgery to repair hiatal sphincter repair surgery.  With it being an 'elective' surgery it may be a few more months.  In the meantime I just do not talk much.   Guess one could say the final diagnosis is extreme acid reflux and a sliding hiatal hernia with complications of low grade asthma and reflux laryngitis.   I still cannot do much that requires my leaning over for any length of time.  Activities like sewing, putting together a puzzle or even food prep seems to create an 'acid dump' (my term) into my throat and voice box.  It can even set off a sinus headache and ear aches.  Not a life threatening situation.

Of course the air waves and digital waves are full of the covid - 19 coverage.  Here is hoping the situation will be contained with minimal infections, deaths and lasting side effects.   Hubby and I are pretty much staying put at the apartment.  Will go to have groceries loaded in the back of our auto in about an hour.  I can walk so long as the weather remains cool and dry.  Hubby has his amateur radio hobby.  Or we can just nap as we are old folks.  😁

Not much to report so will just share some photos I took on a recent walk. 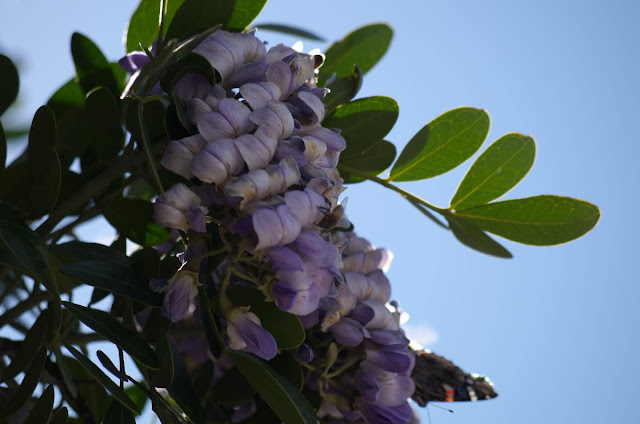 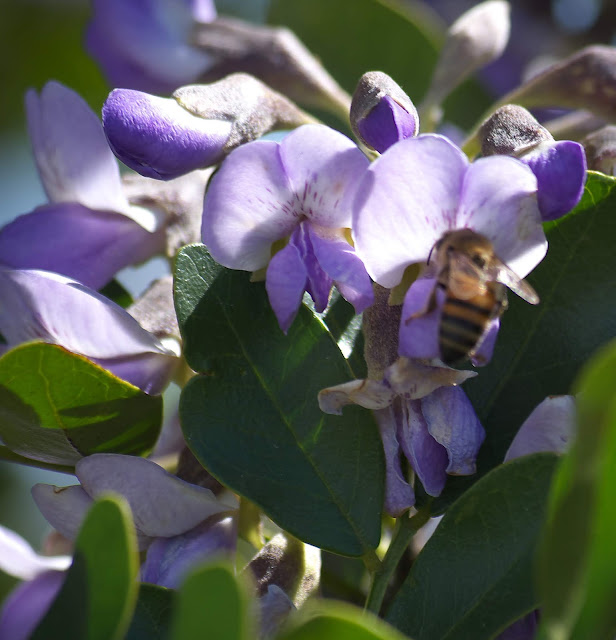 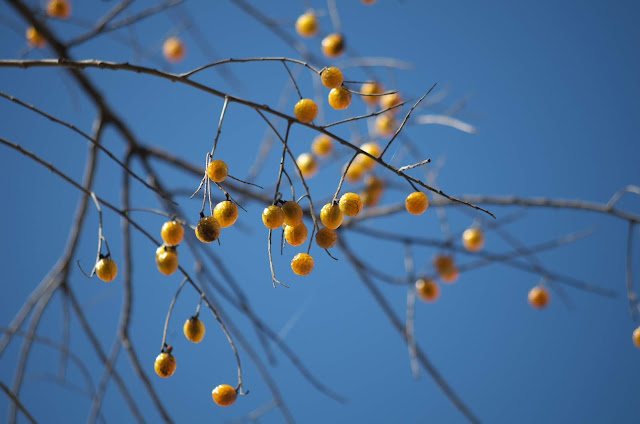 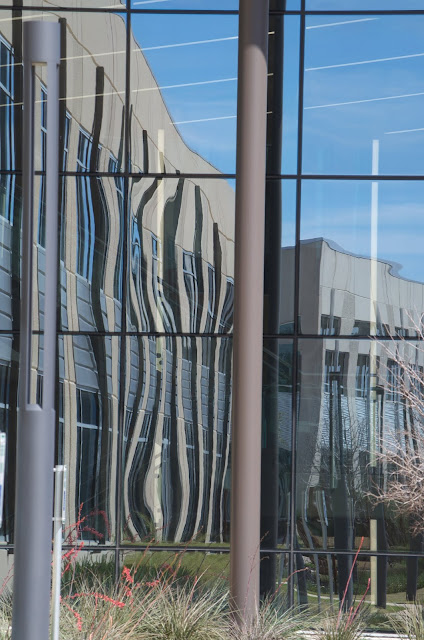 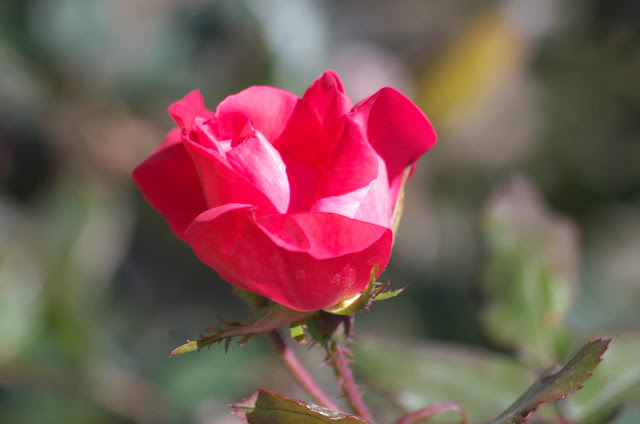 It is time to get out and get some bluebonnet photos.  They are blooming earlier this year.  You all take care out there.  Practice safe distancing.  What the heck, go take a nap.  Enjoy a pint on St. Patty's day.